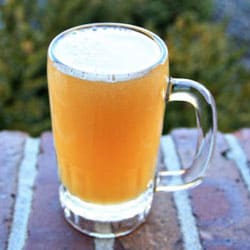 Russian Kvas is fizzy and so satisfying.

Most of the store bough kvas, that I tried, did not taste that great. Boise has 2 Russian/European Stores where you can find the Kvas Concentrate. I go to the one on Fairview, called Irina's. It's across from Idaho Athletic Club near Locust Grove. There's also one next to China Grand Buffet on Fairview, near Five-Mile. Most Russian stores also sell a great Rye bread; just ask them what kind you need for kvas. Supposedly the Rye Bread is found at Winco too, I will have to look into that.