This Chicken Cabbage Savory Pirog recipe has the softest dough recipe with a savory chicken, cabbage and veggie filling. This pirog is similar to baked piroshki and is melt in your mouth good. 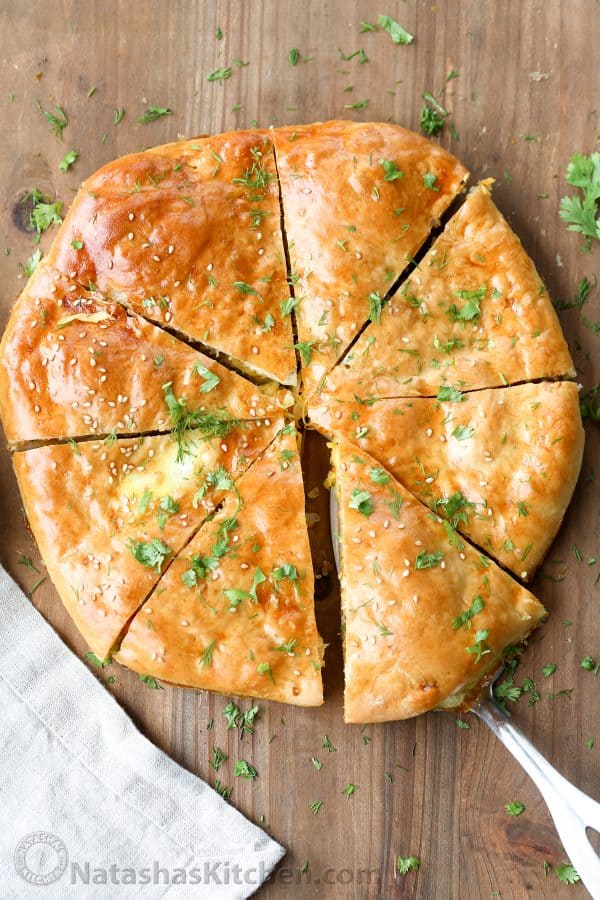 Hey, hey! This is Valentina with Valentina’s Corner sharing this great twist on the traditional baked Ukrainian piroshki.

What is a pirog?

A pirog is a baked dough with a sweet or savory filling. They come in a variety of shapes and sizes. Mini pirogs are called piroshki and can be either fried (like these Fried Piroshki), or baked (like these Baked Piroshki). 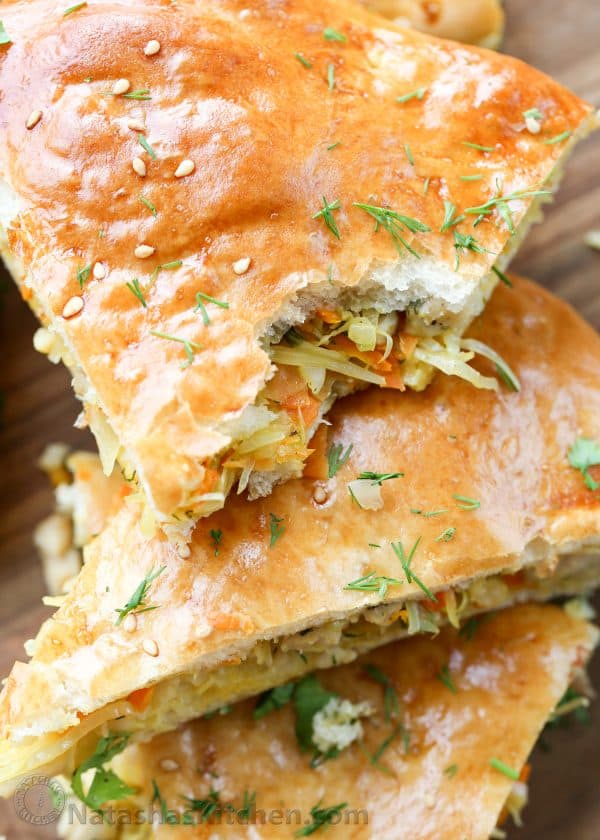 How to make a Chicken Cabbage Savory Pirog?

Tip: When closing the dough over the cabbage, it will kind of look like a crunch wrap from Taco Bell (if you’ve ever had one). 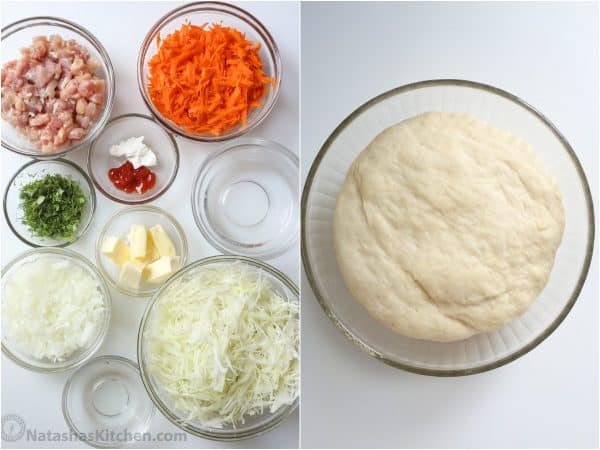 The chicken goes really well with the cabbage filling but if you want to leave the chicken out, you totally may!

When sautéing (lightly braising) the cabbage, cook until desired tenderness is reached. I personally like the cabbage to still have a firmer taste to them, while my husband likes them really tender. So, sauté to your personal preference. 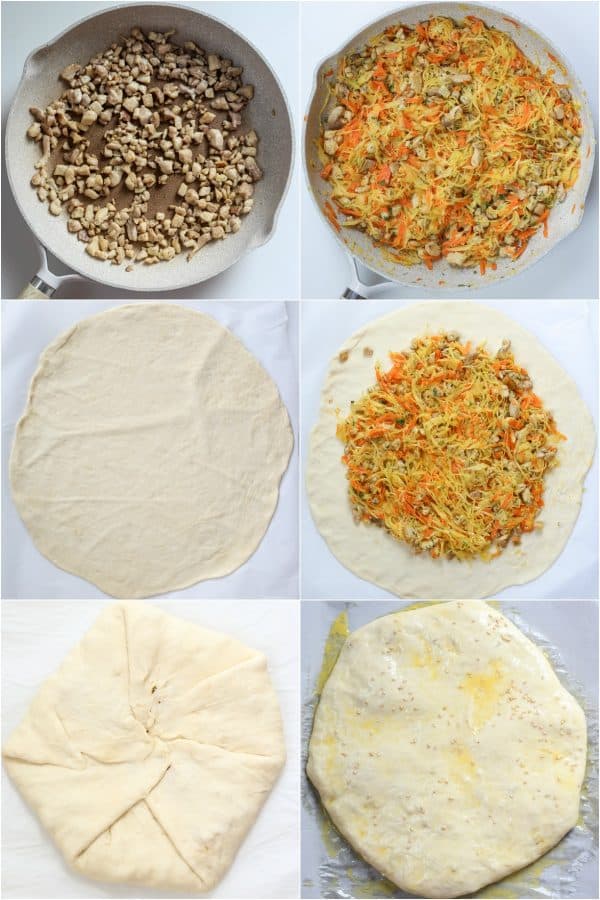 Piroshki (mini pirogs) are really common in the Ukrainian but the recipe stems from the Uzbek cuisine where they mostly make their pirogi as a large pirog (instead of the small piroshki we use in our Ukrainian kitchens, though they make them as well). Uzbek food is so delicious and oh so unique. 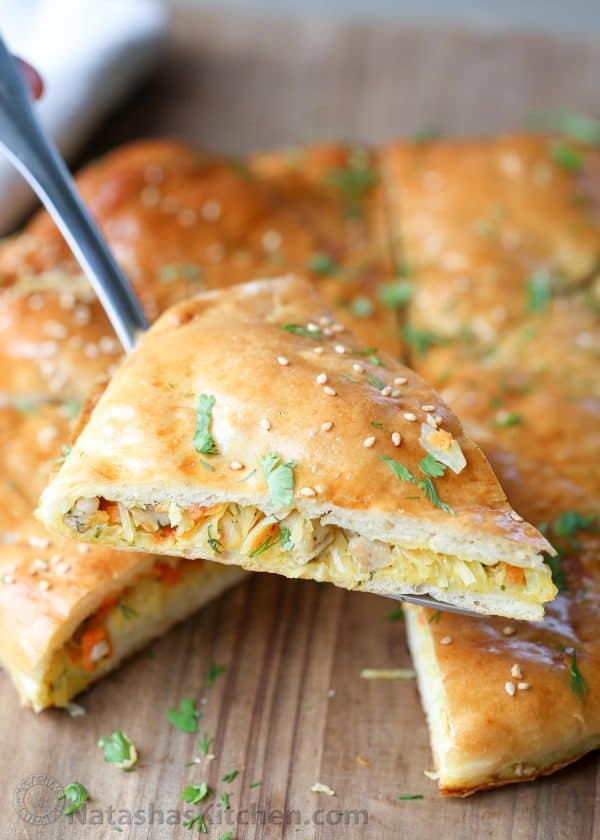 What filling can you use when making a pirog?

Popular savory fillings include cheesy potato, ground meat, sautéed mushrooms or like these with cabbage.

Sweet fillings can be either apples, berries, poppy seed or nuts.

What dough is used for a pirog?

A yeast dough is typically used for any pirog or piroshki.

This recipe for baked pirogi is so soft and just melts in your mouth it’s so delicious. Don’t be turned off by the mayo as an ingredient. It is the key ingredients in the dough and you cannot taste it once baked. See video tutorial here on how to make the dough. 🙂 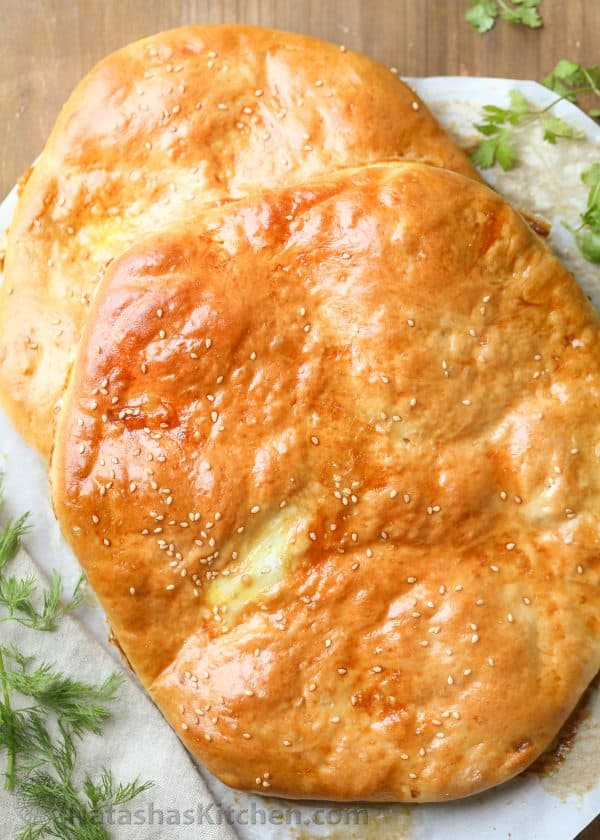 The softest dough recipe with a savory chicken, cabbage and veggie filling. This pirog will melt in your mouth it's so good. Such a great twist on the traditional baked Ukrainian piroshki. This recipe makes 2 pirogi.

For the Savory Filling:

How to assemble the pirog:

Q: Have you ever explored the Uzbek cuisine? I’d love to hear about your favorite Uzbek recipes in the comments below. 🙂 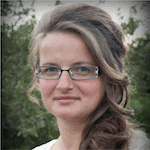 I am Valentina, the creator behind the food blog Valentina’s Corner where I share our family’s favorite recipes. When I am not in the kitchen, I enjoy spending quality time with my husband and 5 children. We invite you to join us on our blogging journey!