You haven’t enjoyed an eclair until you’ve tried a fresh homemade eclair filled to the brim with pastry cream and topped with chocolate ganache. Watch the video tutorial and you will master this eclairs recipe in no time. 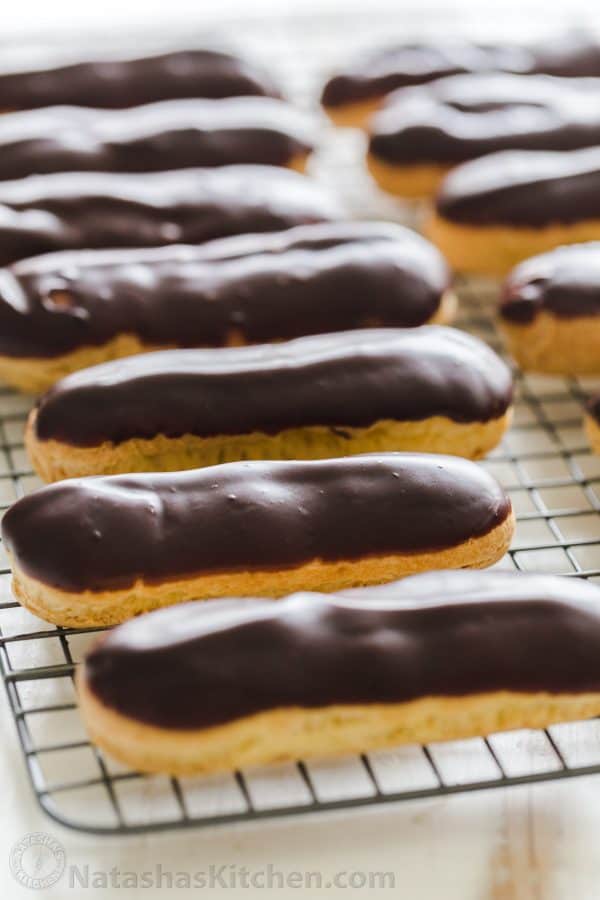 Learn how to make classic “choux pastry” (the same pastry used for cream puffs) and a decadent vanilla bean pastry cream that will have you licking the spoon and the bowl.

We have included Amazon affiliate links for tools used to make this recipe.

Eclairs are best eaten the day they are made, but I do love that they can be fully assembled a day ahead. 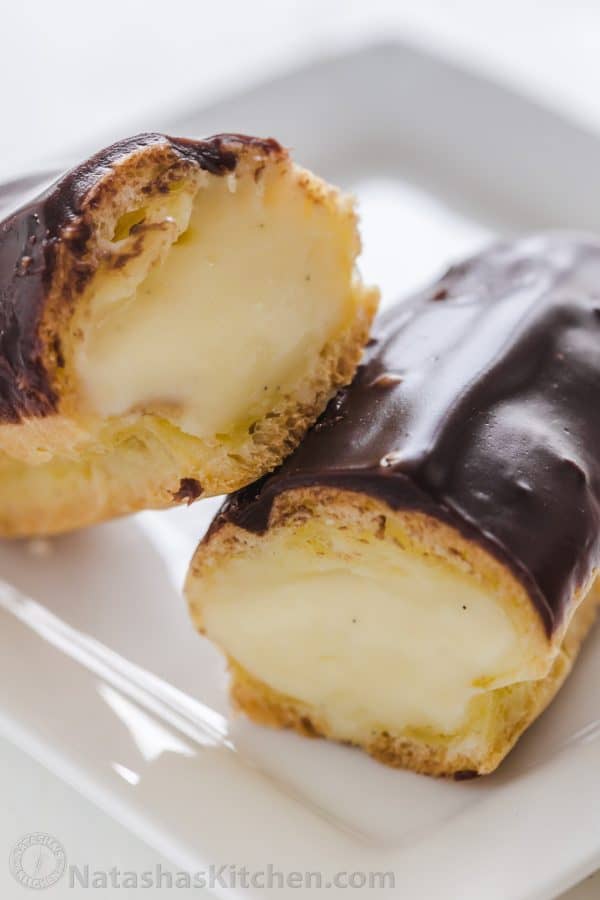 Pastry cream relies on corn starch and egg yolks to thicken and the end result is incredibly smooth – like a decadent vanilla pudding. Mixing the softened butter is the secret to the amazing texture – don’t skip it! 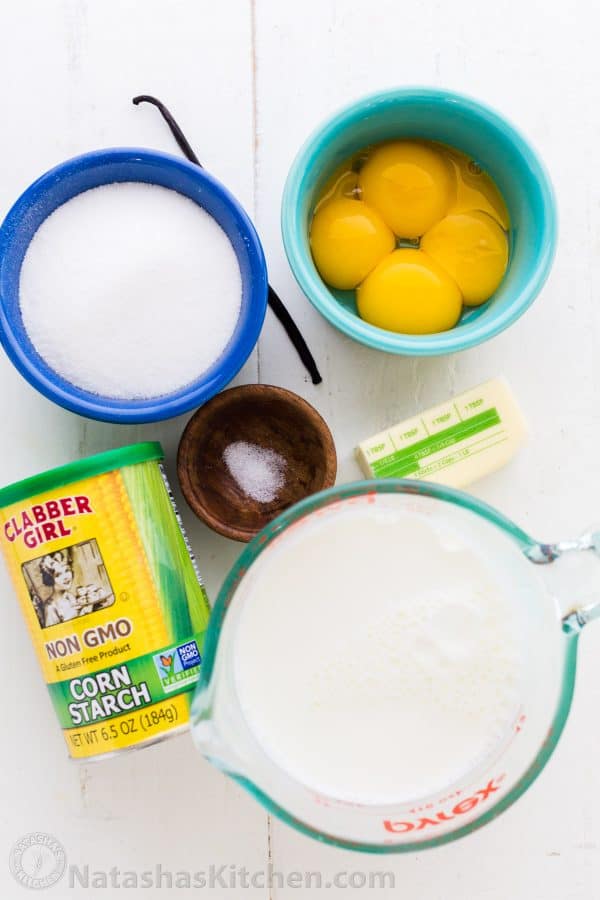 Pastry Cream will thicken as it cools and to loosen it up for piping, whisk until smooth. 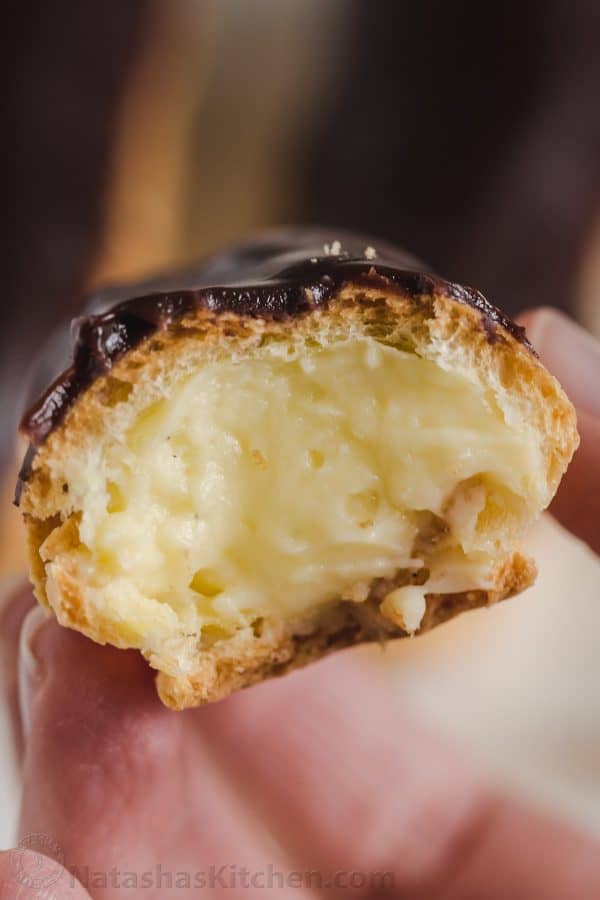 What is Choux Pastry?

Choux dough is a classic pastry made with super simple ingredients (milk, water, eggs, flour, butter, sugar and salt). It is a soft dough that gets piped onto a baking sheet.

Getting the baking temperature right is the key to success. Starting the oven at 425˚F allows the pastry to rise beautifully, creating a hollow center for the filling. Choux pastry is then baked at a lower temperature to dry out the center. 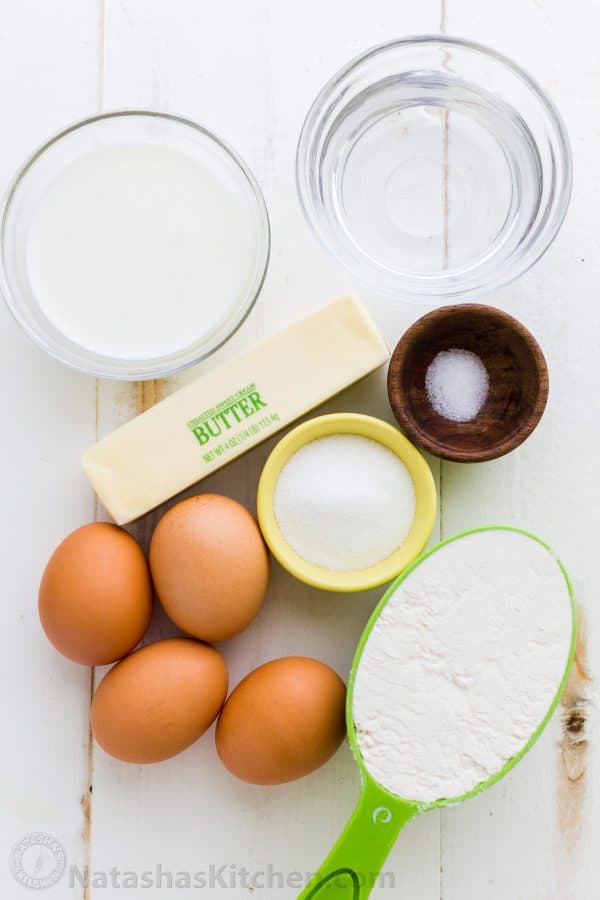 Learn How to Make Eclairs:

I’m so embarrassed that (due to my occasionally shaky hands), my eclairs looked mildly inappropriate when piped. I only realized it after the fact and I couldn’t stop laughing. And for those of you who never would have noticed otherwise, I am doubly embarrassed! 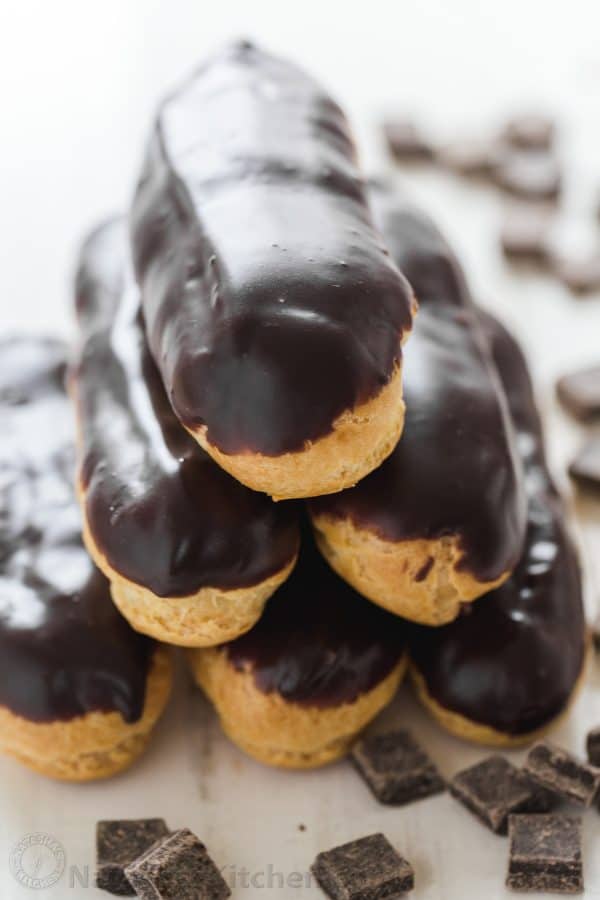 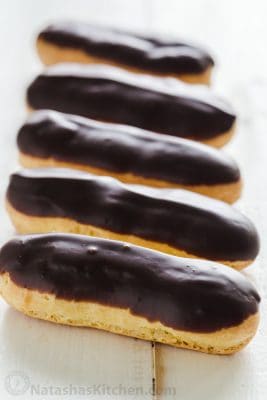 You haven't enjoyed an Eclair until you've tried a fresh homemade eclair! Learn how to make Eclairs with choux pastry, pastry cream and chocolate glaze.

For the Chocolate Glaze:

How to Make Choux Pastry

How to Make Pastry Cream:

How to Make Chocolate Glaze: 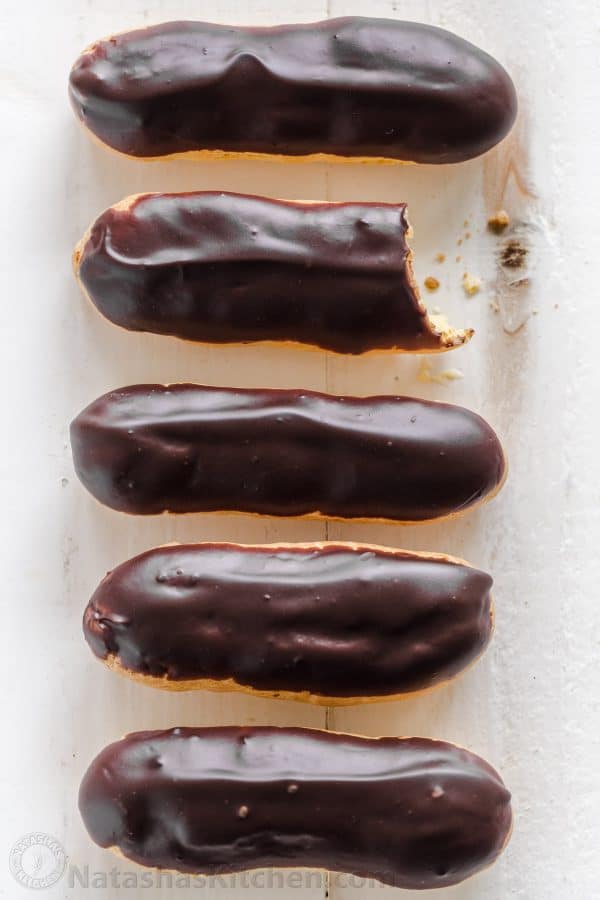